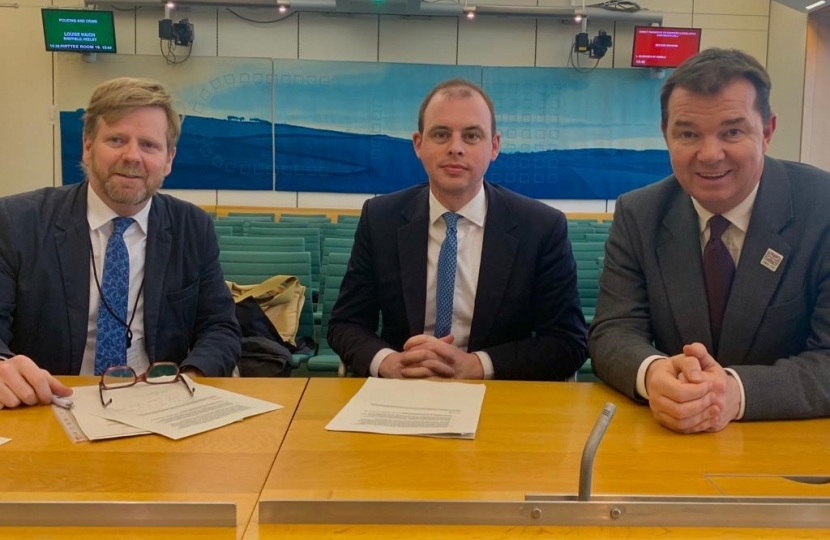 Guy Opperman has welcomed the Government’s £5 billion Project Gigabit that will see more than one million hard to reach homes and businesses benefit from lightning fast broadband.

This project prioritises areas that currently have slow connections and which would otherwise have been left behind in broadband companies’ rollout plans, putting the investment in place to make their available speeds rocket to more than 1,000 megabits or one gigabit per second. It means families no longer having to battle over bandwidth and will give people in rural areas the freedom to live and work more flexibly. Contracts for these first areas will go to tender in the spring with spades in the ground in the first half of 2022.

Project Gigabit will also make £110 million available to connect public sector buildings such as GP surgeries, schools and libraries in hard to reach areas, as well as investing £210 million in the Gigabit Broadband Voucher scheme, which will help cover the installation costs of bringing gigabit connectivity to homes and businesses in rural areas.

‘This is great news for homes and businesses in Northumberland which are now at the front of the queue for faster broadband. Alongside Northumberland County Council, I have worked really hard to push this forward and am delighted with this package of policies and commitments.  This crucial infrastructure investment really will make a difference for local people here in Tynedale and Ponteland.’

In response to the news on Friday from Buckingham Palace about the death of HRH Prince Philip, Duke of Edinburgh, Guy Opperman MP said: