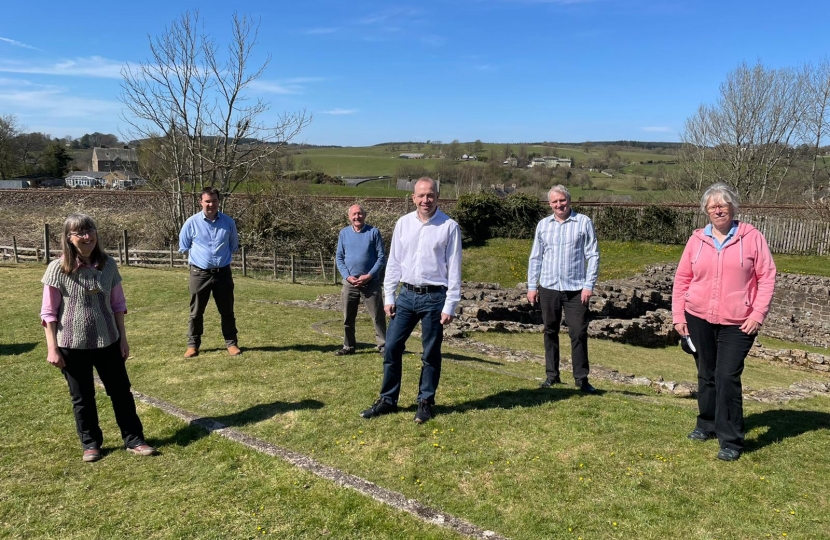 During a visit to Gilsland hosted by Hexham MP Guy Opperman, Railways Minister Chris Heaton-Harris MP hailed the scheme as having ‘huge potential’ for a new station. The long running campaign to re-open Gilsland Train Station - which was closed under the Beeching cuts in 1967 - is gaining real momentum having recently submitted a second stage application to the ‘Restoring Your Railway’ Fund, and now having secured a high profile visit from the Minister in charge of the programme.

‘Having the Railways Minister come to Gilsland to see for himself just what could be achieved for the local community and the rural economy here in West Northumberland is a huge boost for our campaign. Thanks to the combined efforts of Northumberland County Council, community rail partnership, rail user and campaign groups, Northumberland National Park, my Cumbrian colleague Neil Hudson MP and many others we are giving our bid a really good chance of success.’

‘It was great to visit Gilsland to see the site first hand. There’s huge potential here with Hadrian’s Wall and Northumberland National Park just a stone’s throw away. I look forward to reading the bid with great interest.’

The application to re-open Gilsland Station has been sponsored by Hexham MP, Guy Opperman and has the backing of Dr Neil Hudson MP (Penrith & The Border), Northumberland National Park (NNP), the Tyne Valley Rail User Group (TVRUG) and the Tyne Valley Community Rail Partnership (TVCRP), the local Campaign to Open Gilsland Station (COGS), Hadrian’s Wall Partnership and a number of councils which span across the Northumberland/Cumbria border area. A new station at Gilsland would be an additional stop on the Tyne Valley line, between Newcastle and Carlisle.

The station at Gilsland was first opened in 1836 and served the community for 130 years, until it was shut in 1967 as part of the Beeching cuts. The proposal from Northumberland County Council is to reopen the station in order to boost the local economy in terms of increasing visitor and tourist opportunities to the world heritage site on its doorstep, as well as increasing residents’ access to employment, services and economic opportunity.  The Department for Transport recently announced a £500M pot of money for transport infrastructure investment, of which at least £20M has been assigned partly for feasibility studies as to the re-opening of old railways stations like Gilsland.

Guy Opperman has urged Tynedale residents to support their local pubs and hospitality venues as we emerge from the pandemic.