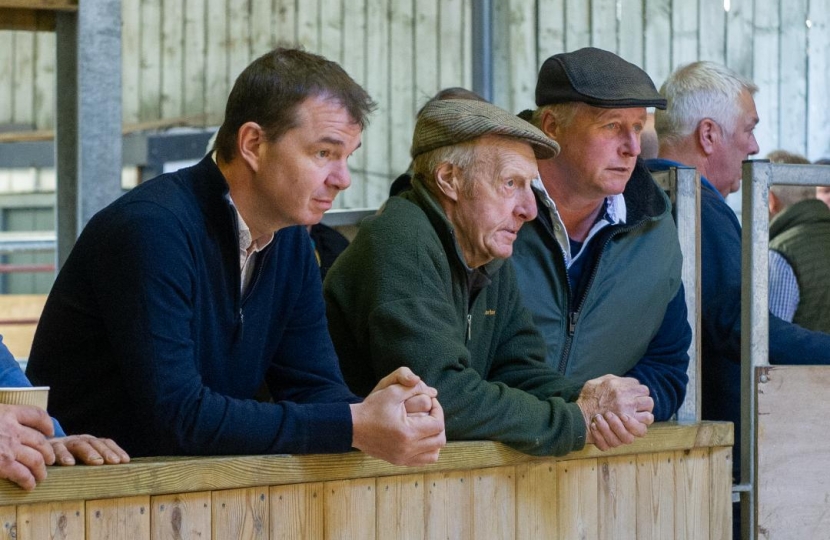 Hexham MP Guy Opperman has welcomed Boris Johnson’s announcement of a zero tariff free trade deal with the EU worth £660bn, and has confirmed that he will be fully supporting the deal when it comes before Parliament on Wednesday (30th December).  In a statement on Christmas Eve, the Prime Minister confirmed that this monumental bilateral trade deal for the UK, which assures that UK goods and components can be sold without tariffs and without quotas in the EU market, is a landmark moment for the country.  The deal means that from Jan 1 the UK is outside of the customs union, and outside the single market and British laws will be made solely by the British Parliament, interpreted by UK judges sitting in UK courts.

Significantly, the deal was also welcomed by the National Farmers Union, with its chair Minette Batters hailing the announcement as ‘positive news for British Agriculture.’

‘This deal fully delivers on the EU Referendum result, and it also secures the very best for jobs and prosperity  for the UK and our EU friends on the continent. It offers us a zero tariff free trade partnership with the EU, which will be a huge boost for our farming community here in Tynedale and wider Northumberland and should bring real confidence to our farmers and agriculture sector right across the country.’

‘When Parliament votes on Wednesday I will be backing the PM and this deal.  This deal follows agreement with 58 other countries that we have already secured free trade deals with, as well as the news that the UK has overtaken India as the 5th largest economy in the world. The past year has been incredibly challenging but 2021 really will bring a new start and we have every reason to be hugely optimistic about the future of our great country.’