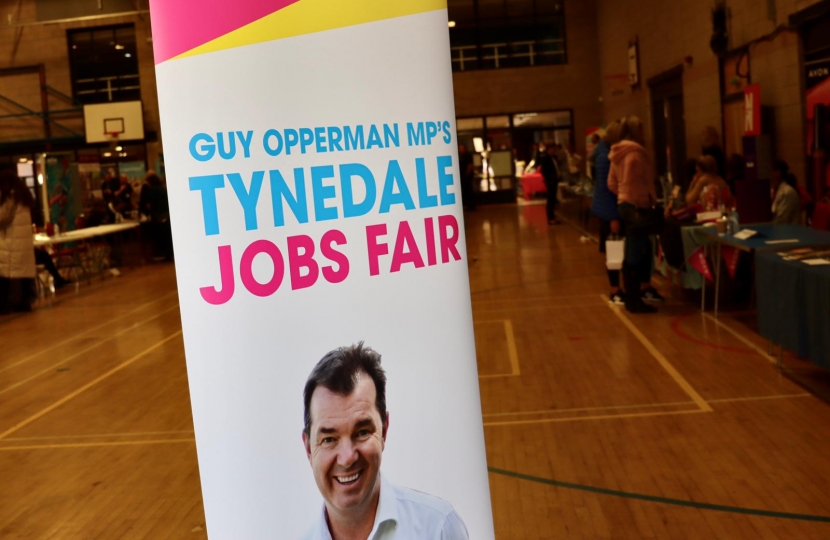 The event was sponsored by Essity and supported by the Hexham Jobcentre Plus.

Hundreds of jobs were on offer from over 70 local and national employers, such as Britishvolt, Nissan, Network Rail, Aldi, and McDonalds. This year’s event also included a ‘Kickstart Zone’ for young people on Universal Credit, and dedicated CV writing advice area.

‘’I am delighted that attendees of the recent Tynedale Jobs Fair have already started new roles.

I am sure the new employees will do amazing work across a range of sectors.

I want to thank Chris Howard and the team at Hexham Jobcentre Plus for all their support to make this event such a success.’’

A new employee who applied for a Guest Services Assistant Role at the Landal Kielder Waterside said:

“The Tynedale Jobs Fair was a great opportunity for local job seekers, and it was good to see a wide spectrum of employers showcasing their offering and potential openings, including additional support to help people like myself back into the workplace.

I was lucky enough to be given an opportunity to apply for a Guest Services Assistant role at the Landal Kielder Waterside and applied that afternoon.

I was so excited to find out that I had been successful and had been accepted for the position. Since starting I feel privileged to work in such a beautiful location and environment with such a friendly, supportive and welcoming team. “