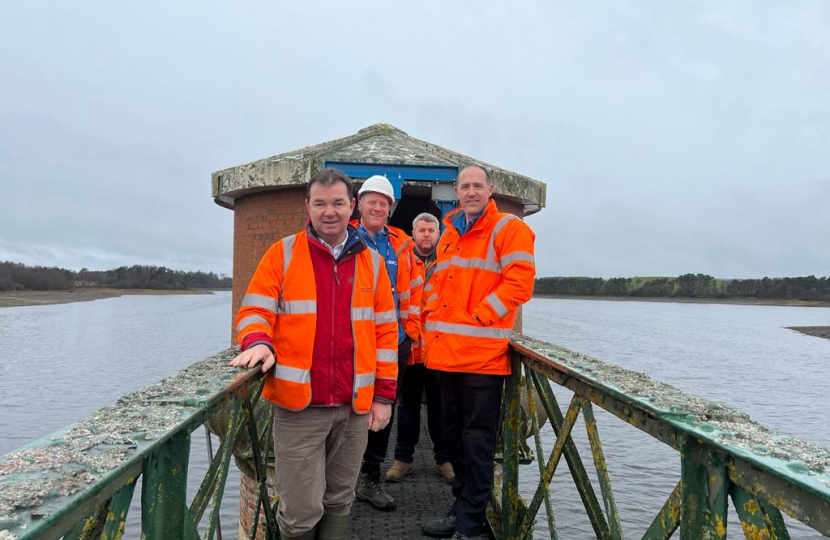 Northumbrian Water welcomed Hexham MP Guy Opperman, on a visit of one of their most recent projects earlier this month (MAR).

The water company were delighted to be joined by Mr Opperman, who was given a tour of Colt Crag Reservoir in Northumberland as part of the celebration.

The local MP was shown around the valve tower, which has recently been given a £600,000 investment in order to support the essential engineering works inside.

The works, which were carried out with supply partners at Esh Stantec, saw a six week renovation of the tower which will help to keep the reservoir stocked during the summer months.

The team talked with Mr Opperman through future resilience plans, including ground maintenance to the dam which is set to be carried out throughout 2022 and into 2023.

Mr Opperman said: “It was great to join the Northumbria Water team to see the upgrading works at the Victorian built Cold Crag reservoir.”

Ross Smith, Partnerships Manager at Northumbrian Water, said: “It was a pleasure to welcome Mr Opperman to the site – and it was fantastic that he was so interested in the important work that we have going on.

“Sometimes it is difficult for us to get our message across, and so it was great to have an open dialogue with Mr Opperman and explain to him exactly what happens at this site, as well as some of our others across the region.”