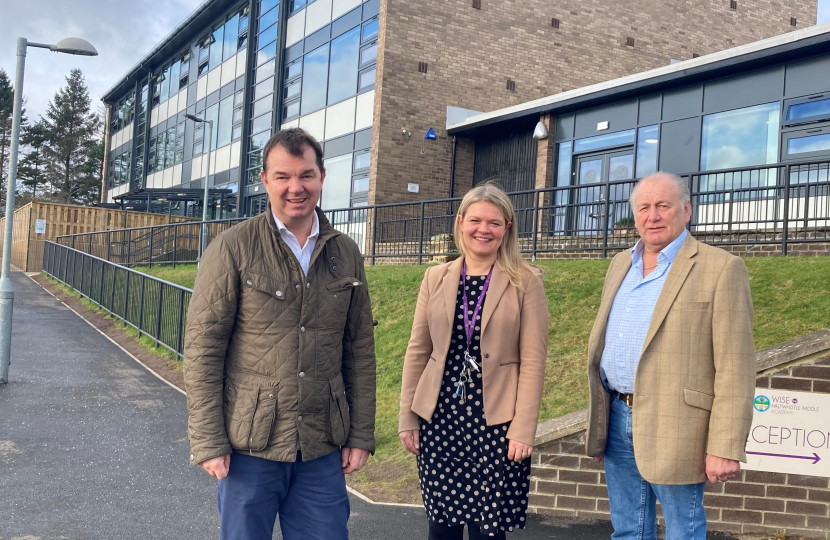 The £2.65m Tynedale school officially opened its doors in October 2021.

The project on Park Avenue has seen the former middle school undergo a major refurbishment to create a new academy, space for community activities and the children’s centre.

It comes after a long-standing campaign by the MP and Northumberland County Council to ensure investment in schools reaches the most rural communities.

The project received funding from Northumberland County Council and WISE Academies - the trust that oversees the running of the school.

’The school has been transformed by the multi-million pound investment and the rebuild. What a change!’’

“This is now the showpiece educational establishment that the west of Northumberland deserves. I am delighted our long campaign is showing such success. The change is transformational.”

"We are delighted with the refurbished school and the wide range of opportunities that we are now able to offer our children and families.  The large library spaces in particular have inspired the children and have helped us to instill a real love of reading amongst our pupils."