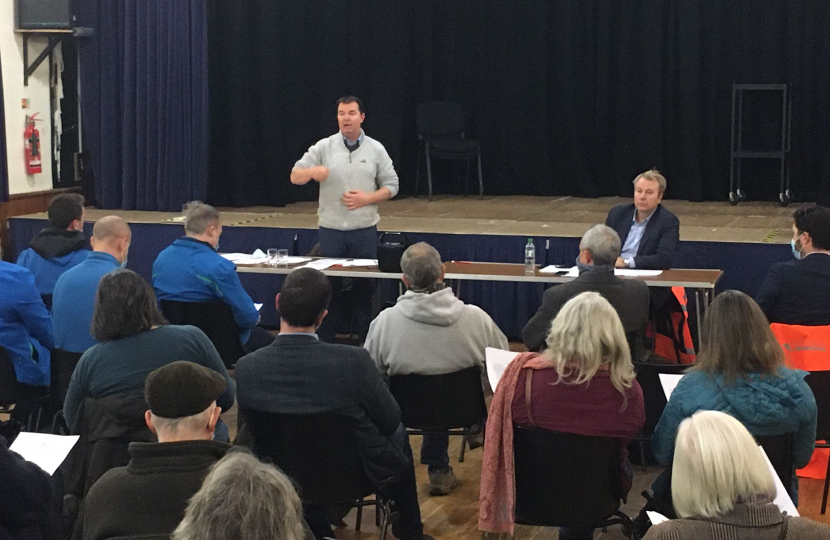 The report sets out the ten recommendations to improve resilience and communications for future weather events.

The Report follows Mr Opperman holding a series of public meetings into the response to Storm Arwen. The meetings were held in Ponteland, Bellingham, Hexham and Allendale. They are all available to watch on Mr Opperman’s website.

The report is critical of Northern Powergrid’s poor communications, resilience planning and the lack of interim generators to fill the gap during the lengthy power cuts.

Mr Opperman’s report has been sent to BEIS and Ofgem to be considered as part of their Reviews into the response to Storm Arwen.

‘’I have sent my Ten Point Plan to Ofgem and BEIS to be considered for their Reviews.

Lessons need to be learnt from Storm Arwen, where some of my constituents were without power for as long as 13 days.

I held four public meetings engaging with Northern Powergrid, Northumbria Water and Northumberland County Council on their response to the Storm.

More needs to be done on communications, community resilience and interim generation to ensure our communities are match fit for future weather events.

I look forward to BEIS and Ofgem’s final Reviews.’’

The full report is available to view on Guy Opperman’s website at: guyopperman.co.uk/StormArwen