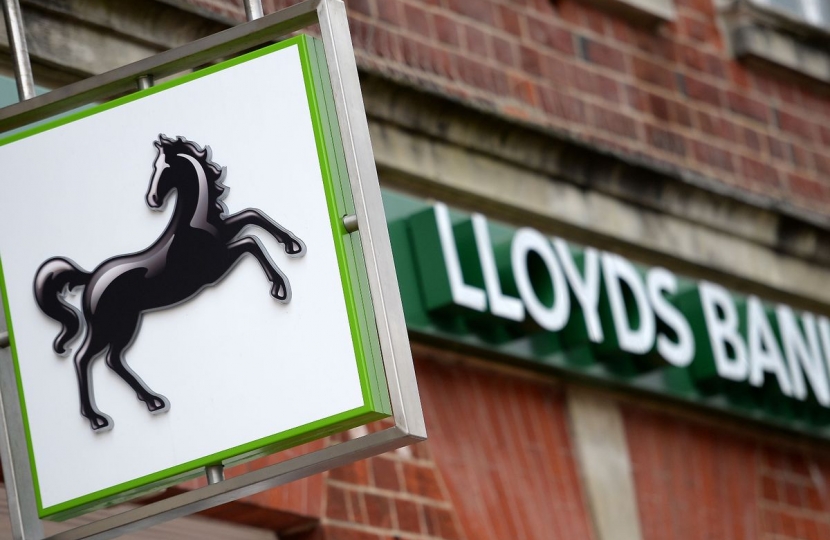 Hexham MP, Guy Opperman, has backed a petition set up by local Ponteland resident, Christine Caisley to stop the proposed closure of Lloyds in Ponteland.

Lloyds announced they are closing a total of 48 bank branches nationally, including in Ponteland. It is the last bank to close their doors in Ponteland following NatWest and Barclays, who have left in recent years.

The news follows a recent spate of bank branch closures in rural areas, where access to cash and banking facilities are vital for residents.

Lloyds have said that customers can use the branch in Newburn, but residents have said this is over an hour away by public transport.

Mr Opperman is supporting Christine Caisley’s call for Lloyds to reconsider their decision. Mr Opperman has previously supported successful pilots of banking hubs to ensure access to cash and banking facilities for elderly and vulnerable people. Currently, Lloyds have no such plans.

Residents can add their name to Christine Caisley’s petition at: https://chng.it/6rVqsVjm

‘’I was completely taken aback when I received news of Lloyds’s unilateral decision to close their Ponteland branch.

The horse has bolted! Lloyds is the last branch in the village, and I am extremely disappointed that they haven’t been able to come up with an alternative option that would safeguard access to cash and retain physical banking in the community.

I will continue to fight for access to branch banking facilities for our rural communities. Please support Christine’s petition – we must save this branch!’’

‘’I have to do this as a concerned resident, who is shocked Lloyds are prepared to close this only remaining bank in Ponteland.

Lloyds say "By your side" in their advertisement slogan. That's a joke.’’