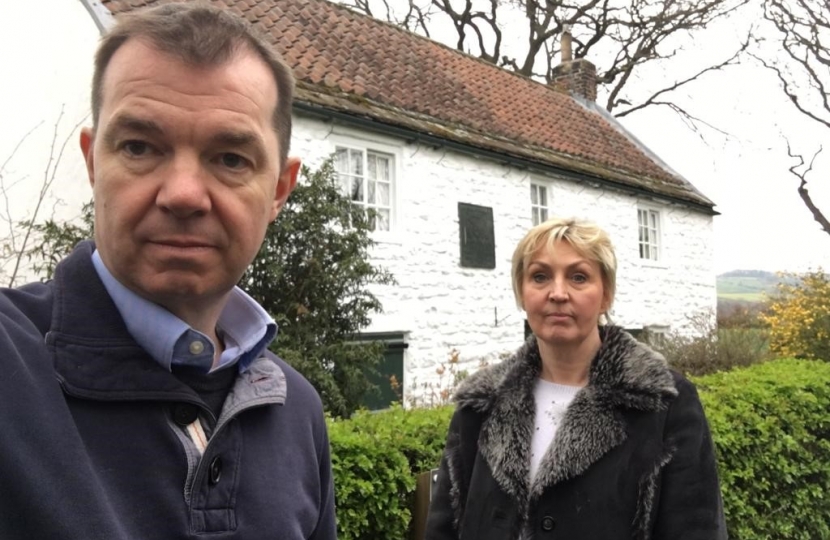 Tynedale's local MP, Guy Opperman, has spoken of his delight following an announcement from the National Trust that George Stephenson’s Birthplace in Wylam will re-open to visitors in 2021.

George Stephenson’s Birthplace in Wylam has been effectively closed to visitors since 2017, but following a long-running campaign by the local MP, councillors and residents, the National Trust has announced plans to re-open the site properly to visitors later this year.

Mr. Opperman has recently held a number of collaborative meetings with senior representatives of the National Trust, including Director General Hilary McGrady, to hear about their plans to re-open the site. George Stephenson’s Birthplace will now open 10 times between May and October, with an offer for visitors that includes a walking tour of the village, and access to the birthplace with a guided tour.

All tours will be subject to both local and national rules surrounding COVID-19.

The site, located on the north bank of the River Tyne, was once home to George Stephenson, the pioneer of rail transport in Britain, and the inventor of Locomotion No.1 – the first steam locomotive to carry passengers on a public trail line in 1825.

Guy Opperman, MP for the Hexham Constituency said “I am delighted that following our long-running campaign, George Stephenson’s Birthplace will finally be back open for visitors. I made my views on the long-term closure very clear, both in public and directly to Hilary McGrady, Director General of the National Trust. I am delighted that they have listened and taken action, and I hope that visitor demand means we can see the Birthplace open even more often throughout the coming years. I also welcome their commitment to enhancing the visitor numbers to Wylam generally, and linking up to Cherryburn by the river at Mickley."

Northumberland County Councillor for the Bywell Ward, Karen Quinn said “Ever since I was elected in 2017, local residents have contacted me desperate to get George Stephenson’s Birthplace re-open. I am very pleased it is finally happening, and can't wait to visit again myself later in the year!”

Andrew Poad, General Manager for Hadrian's Wall and Tyne Valley at the National Trust said “We’re delighted that we’ve been able to develop the conversations we’ve been having with Wylam Parish Council to bring the story of Wylam’s past to life for more people.  The changes we have made at many of our places in response to the pandemic, such as our new booking system, have provided us with opportunities that will make re-opening our doors a possibility, as part of a wider piece of work with partners to mark the village’s important place in world history.’