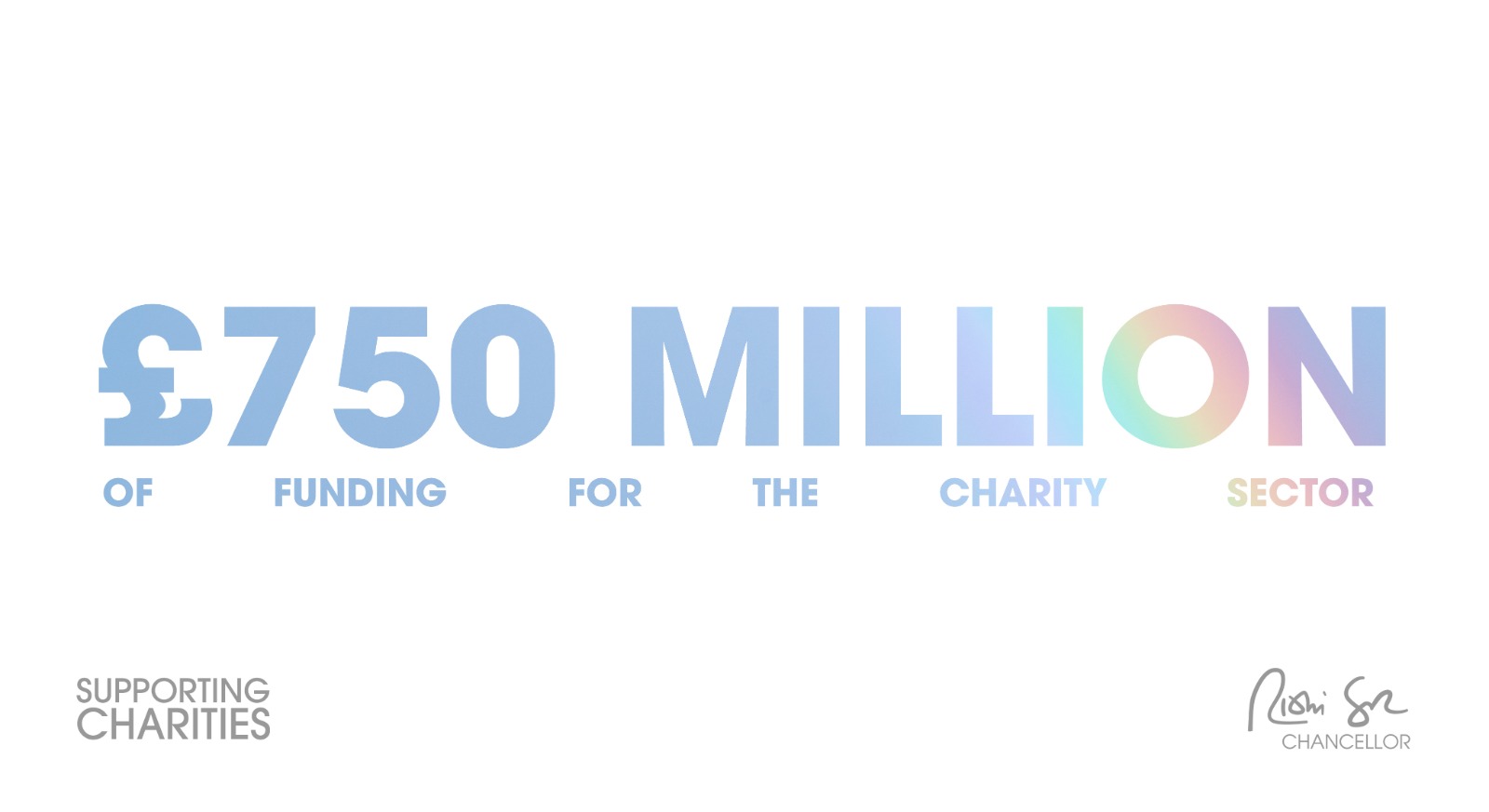 Charities across the UK will receive a £750 million package of support to ensure they can continue their vital work during the coronavirus outbreak. This includes:

Charities across the UK will receive a £750 million package of support to ensure they can continue their vital work during the coronavirus outbreak.

Tens of thousands of charities providing vital services will benefit from direct cash grants to ensure they can meet increased demand as a result of the virus as well as continuing their day-to-day activities supporting those in need.

As part of a UK-wide package of support, £360 million will be directly allocated by government departments to charities providing key services and supporting vulnerable people during the crisis.

As well as this, £370 million for small and medium-sized charities, including through a grant to the National Lottery Community Fund for those in England, will support those organisations at the heart of local communities which are making a big difference during the outbreak, including those delivering food, essential medicines and providing financial advice.

The Chancellor also announced the Government will match fund whatever the public decides to donate to the BBC’s Big Night In charity appeal on 23 April, starting with a contribution of at least £20 million to the National Emergencies Trust appeal.

Today’s announcement builds on previous announcements by the Chancellor to support charities and businesses, including deferring their VAT bills, paying no business rates for their shops next year, and furloughing staff where possible with the Government paying 80% of their wages.

Departments will now work at pace to identify priority recipients, with the aim for charities to receive money in the coming weeks. The application system for the National Lottery Community Fund grant pot is expected to be operational within a similar period of time.