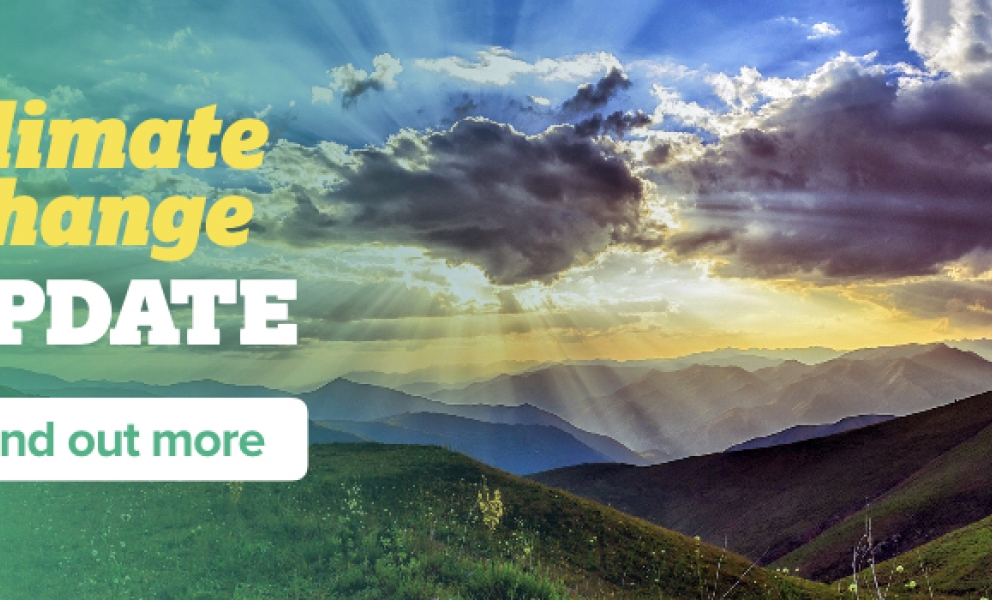 Find out my views on tackling Climate Change

I want to address some of the issues and set out the progress of the coalition and Conservative governments on Climate Change. I am proud to have voted for the Paris Agreement on Climate Change. The UK has cut emissions by more than 25 per cent since 2010. This is by far the best rate of reduction among the G20 countries who managed to reduce their overall emissions. Britain has legislated to for net carbon zero by 2050 to ensure that our contribution to climate change ends. 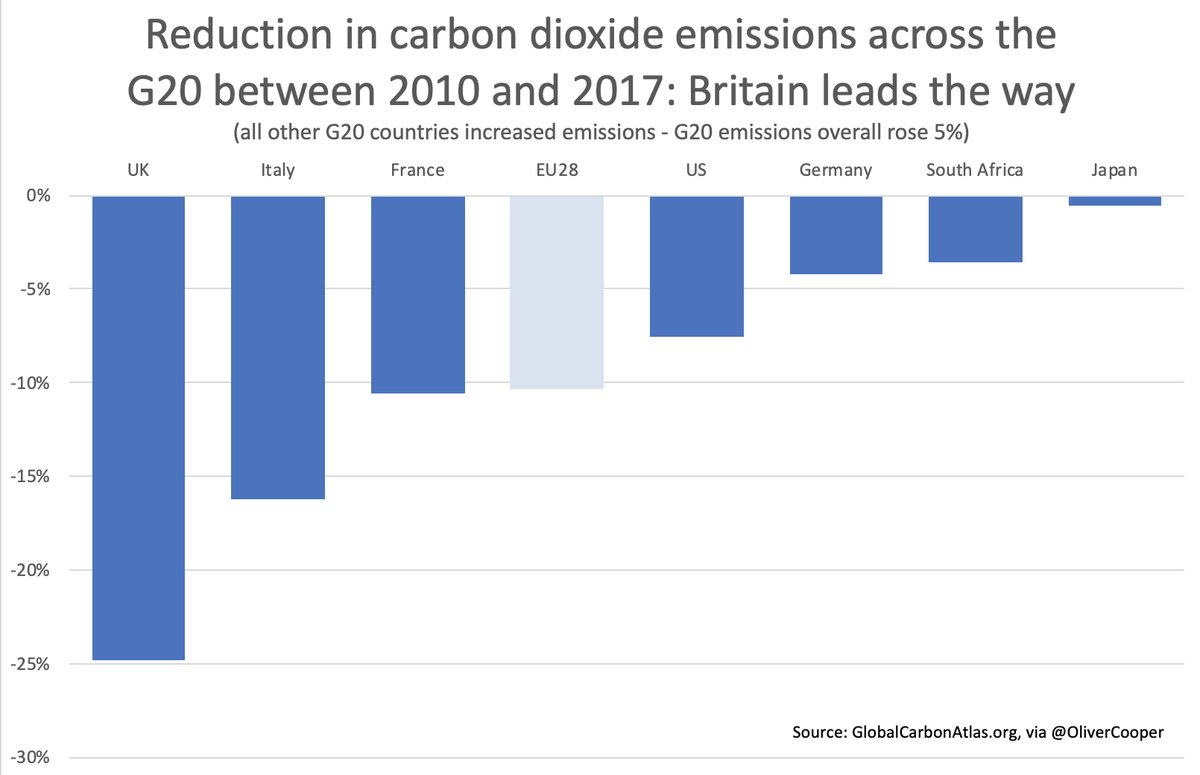 The Government has invested more than £52 billion of taxpayer money in renewable energy in the UK since 2010. Renewables’ share of total electricity generation increased from 35.9 per cent in 2019 Q1 to 47.0 per cent in 2020 Q1, up by 11.1 percentage points and a new record by a margin of 8 percentage points.

There is a broad public mandate for addressing climate change and promoting renewable energy sources. The Government has made the historic commitment to close all coal-fired power stations in the UK by 2025. Coal consumption has declined for eight straight years, and the Government intends to see it drop even further. In June this year, the UK marked a significant landmark by going two full months without burning coal to generate power. This smashed the previous record of 18 days, 6 hours and 10 minutes which was set in June last year. Locally, you will be aware that I led the campaign against the Whittonstall and Halton Lea Gate open cast coal mines, and have strongly opposed plans for a new open cast coal mine at Dewley Hill. 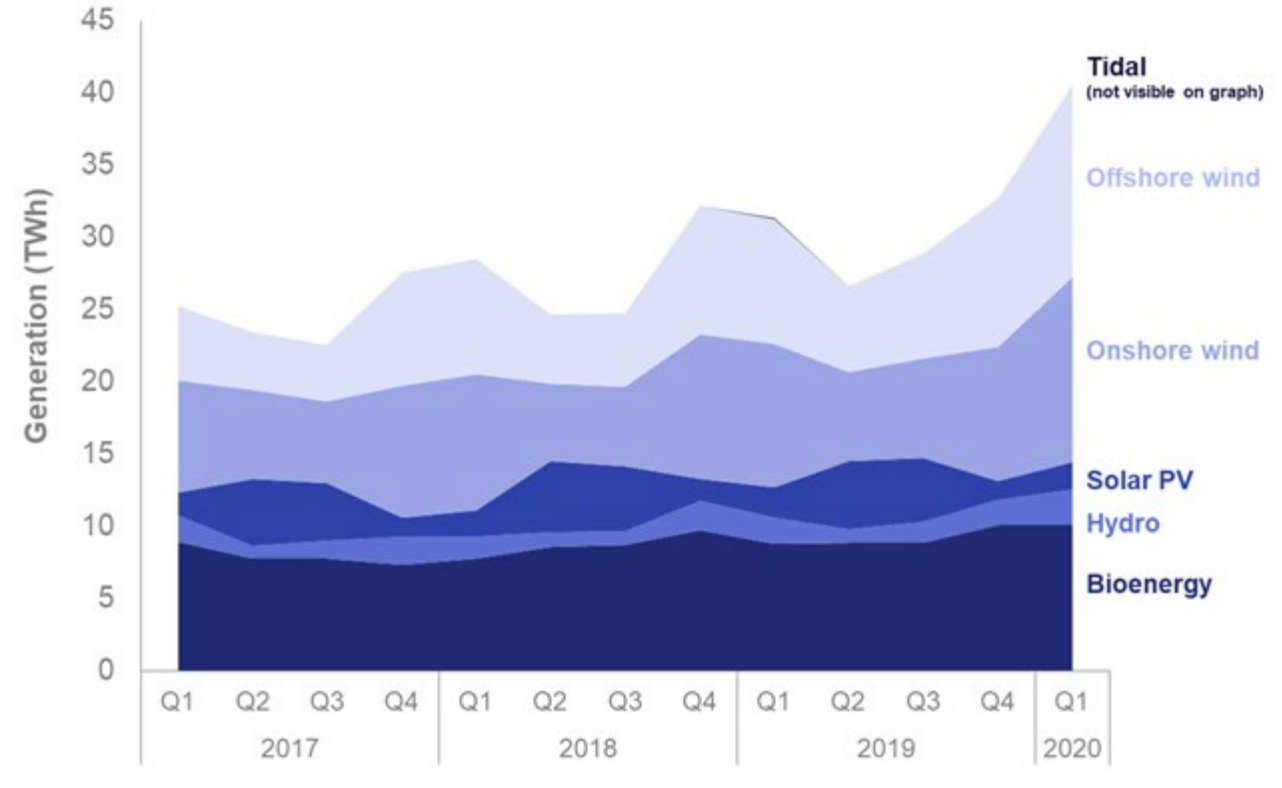 The UK remains the premier destination for renewable energy investment. As shown in the graph below, more than 61% of investors would consider investing in the UK, higher than any other G20 country.

Key to the Government’s own investments in the renewable sector is the deal coordinated with the wind turbine industry. In 2017, only 6.2% of the UK’s power needs were generated by wind power. This new agreement aims to source 30% of all UK energy from offshore wind by 2030. The Government has pledged a £250 million industry investment, with a new requirement for 60% of all components being sourced from within the UK. Almost 20,000 construction jobs will be created in the North East as part of this initiative. 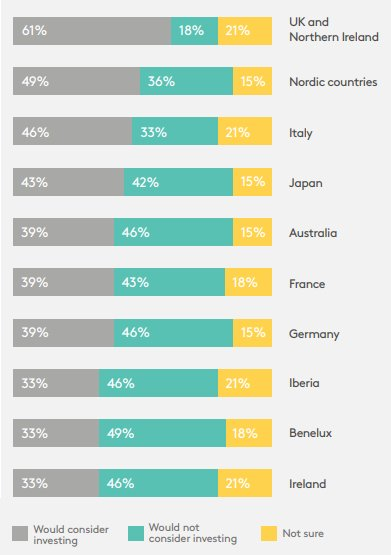 In the words of former Energy Minister Claire Perry, “This new Sector Deal will drive a surge in the clean, green offshore wind revolution that is powering homes and businesses across the UK, bringing investment into coastal communities and ensuring we maintain our position as global leaders in this growing sector.”

Chancellor of the Exchequer Rishi Sunak's 2020 Summer Statement has once more demonstrated the Government’s commitment to environmental action as we emerge from the COVID-19 pandemic. The announcement included a commitment of 'Green Home Grants'. Homeowners will receive vouchers to pay for at least two - thirds of green improvements such as loft, wall and floor insulation. Low - income households will be eligible for up to 100% government funding up to 10,000. This announcement will make 650,000 homes more energy efficient and the fund could help households save up to £300 a year on their bills.

Business, Energy and Industrial Strategy Secretary of State, Alok Sharma launched the new £40 million Clean Growth Fund in May to support green start-ups. The fund was announced as venture capital to accelerate early - stage green businesses. This announcement signals the government's intention to look ahead and invest in green start-ups creating green jobs as we come out of the Coronavirus pandemic.

These announcements accompany the work I have been doing on my ministerial brief as Minister for Pensions and Financial Inclusion. In October 2019, I was proud to been a part of taking the massive step forward by introducing new Environmental, Social and Governance regulations, or ESG for short. ESG requires occupational pension funds to invest with environmentally sensitive principles and take account of climate change. With our UK pension funds managing well over £1 trillion in assets, their investment power is immense. Ethical investments are crucial in the UK's plan to tackle climate change and the introduction of ESG is a huge part of that plan.

The Government’s biodiversity requirement plan for the UK and its overseas territories is significant. Under the plan, developers will have to demonstrate that their construction plans would enhance the UK’s biodiversity and protect natural habitats. If a net gain in biodiversity is not achievable on site, developers would have to directly fund conservation efforts elsewhere, such as tree planting or wildlife protection. Locally, I have supported the proposals for the new Northumberland Forrest including recently holding talks with Minister Lord Goldsmith.

I am also pleased to see that overall renewable energy use in the UK has gone up year on year since 2010, with this past year seeing the biggest increase in usage on record.

The measures recently announced show how serious this Government is at tackling Climate Change. The Government is committed to a green recovery as we emerge from the Coronavirus pandemic.